You are here: Home / Travel / Khajuraho, City of Beautiful Temples

The colourful Indian state of Madhya Pradesh (MP) is home to many culturally and historically significant towns and cities.

In addition to Orchha which is famous for its architecture, forts, and temples, the small town of Khajuraho is also well-known.

Khajuraho was once the capital city of the Chandela rulers.

Today, Khajuraho lies in the plains of Madhya Pradesh and is more popularly known for its beautiful temples which bring back reminisces of the past and highlight the bygone era.

DID YOU KNOW? Due to their fine detailing and architectural magnificence depicting the Indo Aryan architecture, the temples of Khajuraho have been declared a World Heritage site.

Khajuraho enjoys global appeal and is visited every year by thousands of tourists from all over the world who come here to appreciate the fine artistry, stone carvings and architectural excellence which was evident between 950 A.D and 1050 A.D when the region was under the Chandela rulers.

It is believed that more than 85 temples of Khajuraho were built in a span of 100 years and 22 of these original temples remain till date.

If you are in Khajuraho, you must visit the Chausat Yogini Temple which is dedicated to Goddess Kali and is named after the 64 yoginis or attendants who were at Goddess Kali’s service.

Made of granite stone, this is perhaps the oldest temple of the time and was built to hold 64 cells for the images of the yoginis.

It is the largest temple of the western group and is dedicated to Lord Shiva. It is believed that this temple portrays at best, the famous Chandela creativity and art.

A major distinguishing feature of this temple is the statue of Lord Ganesha which is placed outside the temple.

If you are a true devotee of Lord Shiva, you will be enchanted by looking at the beautiful and large Shiva lingam which is placed in the sanctum.

It is well preserved and stands out for its architectural detailing including the figures of apsaras, and other Hindu Gods and Goddesses.

Each figure is wonderfully carved and it seems like the sculptors have taken care of every small detail.

Another beauty, the Chitragupta temple is dedicated to the Sun God, Surya.

Here you will find beautiful sculptures and figures of dancing girls, elephant fights, and scenes of hunting. Inside, there is a breathtaking image of the Sun God, riding a 5 feet tall horse-drawn chariot.

There are two small temples, one dedicated to Goddess Lakshmi and the other to Lord Vishnu’s incarnation, the Varaha or wild boar.

This is the most revered Jain Temple in Khajuraho and is dedicated to Lord Parsvanath. It is also the largest Jain temple here.

This temple is located to the north of the Parsvanath temple. Here you will find some very intricate and detailed carvings which brilliantly depict different moods and emotions in stone.

Figures that can be well seen and deciphered include that of an apsara or female dancer, a woman experiencing sadness and a mother with her child.

Though mostly ruined remains of this temple exist today, it is still a holy place which showcases fine columns, bell-chain decorations and a figure of a Jain goddess on a garuda depicting the 16 dreams of Lord Mahavira’s mother.

This temple is dedicated to Lord Vishnu’s Vamana avatar.

This temple is located towards the south and is dedicated to Lord Shiva. The lingam in the inner sanctum is truly beautiful.

At this temple, there is a large carved statue of Lord Vishnu.

Other Getaways near Khajuraho

In addition to its temples, Khajuraho is also hugely popular with travellers who come here & then head out to visit a number of other spectacular attractions which are situated close by. These include –

Some of the other places to see, visit and discover around Khajuraho includes the Benisagar Lake, Archaeological Museum, Ken Natural Trail, Ranguan Lake, Kalinjar Fort, Satna, Pandav Falls, & Panna, among others.

Getting There: Khajuraho is well connected by road, rail, and air. There is a regular bus service which connects Khajuraho with Jhansi, Panna, Indore, Agra, Bhopal, and Satna, etc.

Photo by Animesh Basnet on Unsplash 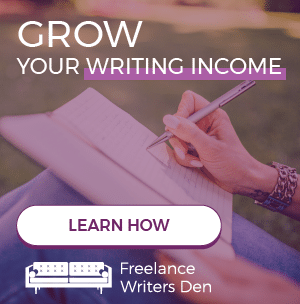